This site includes information addressed only to Health Professionals or Sales Companies.

Inside the ProBion tablet.

The tablet represents a unique way of distributing probiotic cultures and prebiotic fibres. The tablet makes it possible to conduct regulated dissolution of the cultures in the gut, exposing and activating them properly in the right place and thereby achieving an optimal effect. The bacterial cultures in the tablets have an improved stability and viability as compared with conventional probiotic formulations.

The tablets are produced according to a unique, patented low-compression-technique where less than 10% of the conventional compression force is used. The production method is patented world-wide. There are many advantages with this production technique. The cultures remain viable during the production. This is not the case when using conventional compression forces. The cultures are protected from oxygen and humidity within the tablet, which improves the stability. Capsules consist of 10% water, which decrease the stability of the cultures. The bacteria in the tablet are also protected from the gastric- and bile acids.
The tablet has a slow and regulated disintegration profile in the small intestine, spreading the bacteria over a large area. This increases the beneficial effects. The bacterial strains available to include into the tablet are numerous, since cultures that are sensitive to gastric- and bile acids can be used. The tablet slowly dissolves during the passage through the stomach and the small intestine. The bacteria are directly exposed to a large area of the digestive tract. This is unique for the smart tablet as compared to other tablets, powders and capsules 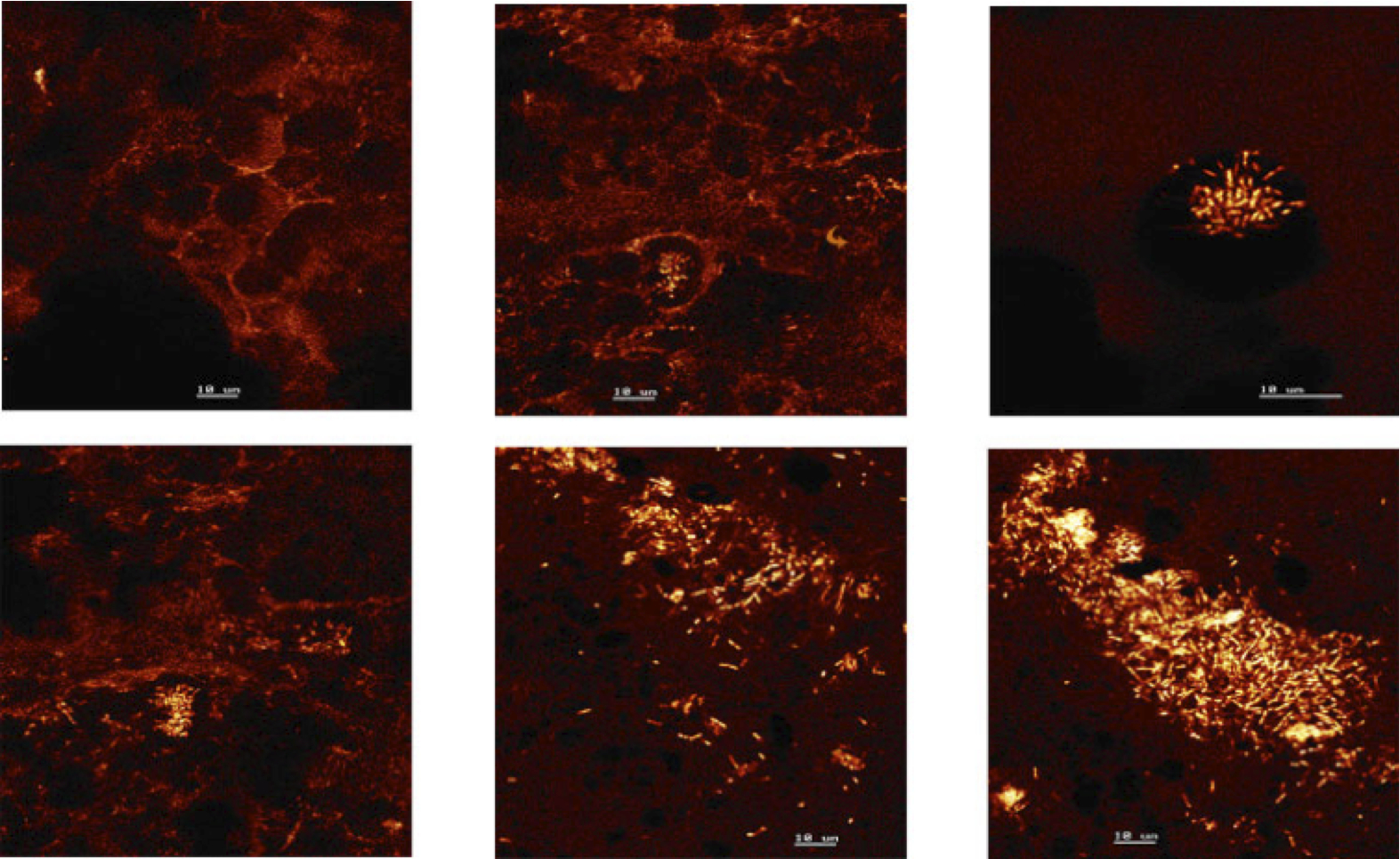 Lactobacilli in solution outside the clusters in the dissolved ProBion tablet.

Green are live bacteria and red are dead bacteria.

The benefits of the ProBion tablet.

–       maintained viability of the cultures

–       optimal performance in the gastrointestinal tract

–       sustained viability of the cultures

–       delivers viable cultures to the right place in the gastrointestinal tract

–       makes it possible to regulate the disintegration profile

–       contains metabolic fibres that promote growth of the lactobacilli

–       protects the bacteria from the gastric and bile acids